YKK Brand Contents Spread the Idea “Little Parts. Big Difference.” Around the World: The Fourth Episode of the Series That Has Hit 30.6 Million Plays at Home and Abroad -- Short Anime “FASTENING DAYS 4” to Be Released for Three Consecutive Weeks

TOKYO--(뉴스와이어) 2019년 12월 06일 -- As part of its activities to broadly communicate its corporate brand and “fasteners (zippers) ”, YKK Corporation(President: Hiroaki Otani; head office: Chiyoda, Tokyo; “YKK”) has created a short anime, “FASTENING DAYS 4”. “FASTENING DAYS 4” is the fourth episode to follow the series “FASTENING DAYS” (released in 2014), “FASTENING DAYS 2” (2016), and “FASTENING DAYS 3” (2017), which have hit a total 30.6 million plays in Japan and abroad. Starting December 5 (Thu), it will become available for global release on YKK’s official YouTube channel (URL: https://www.youtube.com/user/YKKfastening), on the special site (URL: http://www.ykkfastening.com/fd/), and on YOUKU (URL: http://i.youku.com/u/UMTgzMTA0NzM0NA) in both English and Japanese audio and with Spanish, Chinese (simplified), French, Thai, Vietnamese subtitles. It will also be distributed as Commercial Ads on YouTube in each country.

In this installment, Yoji, Kei, Kelly, and Oscar the bear robot, who use fasteners to save their town from crisis, are joined by Samhen, a transfer student, and the robot, Jack. Look forward to the vigorous activities the young heroes engage in as one to save their town in a near-future world.

YKK has set up a “FASTENING DAYS” Facebook page in parallel to the release of this short feature and will be continually releasing related information. (URL: https://www.facebook.com/Fastening-Days-1416880495005232/)

About YKK Corporation
The YKK Group engages in the fastening business (which includes items such as zippers and snap buttons) with YKK Corporation at its core, which is based on regional management conducted through a global business management structure and six regional bases around the world including about 70 countries and regions. 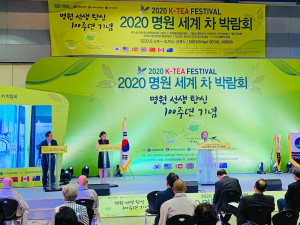